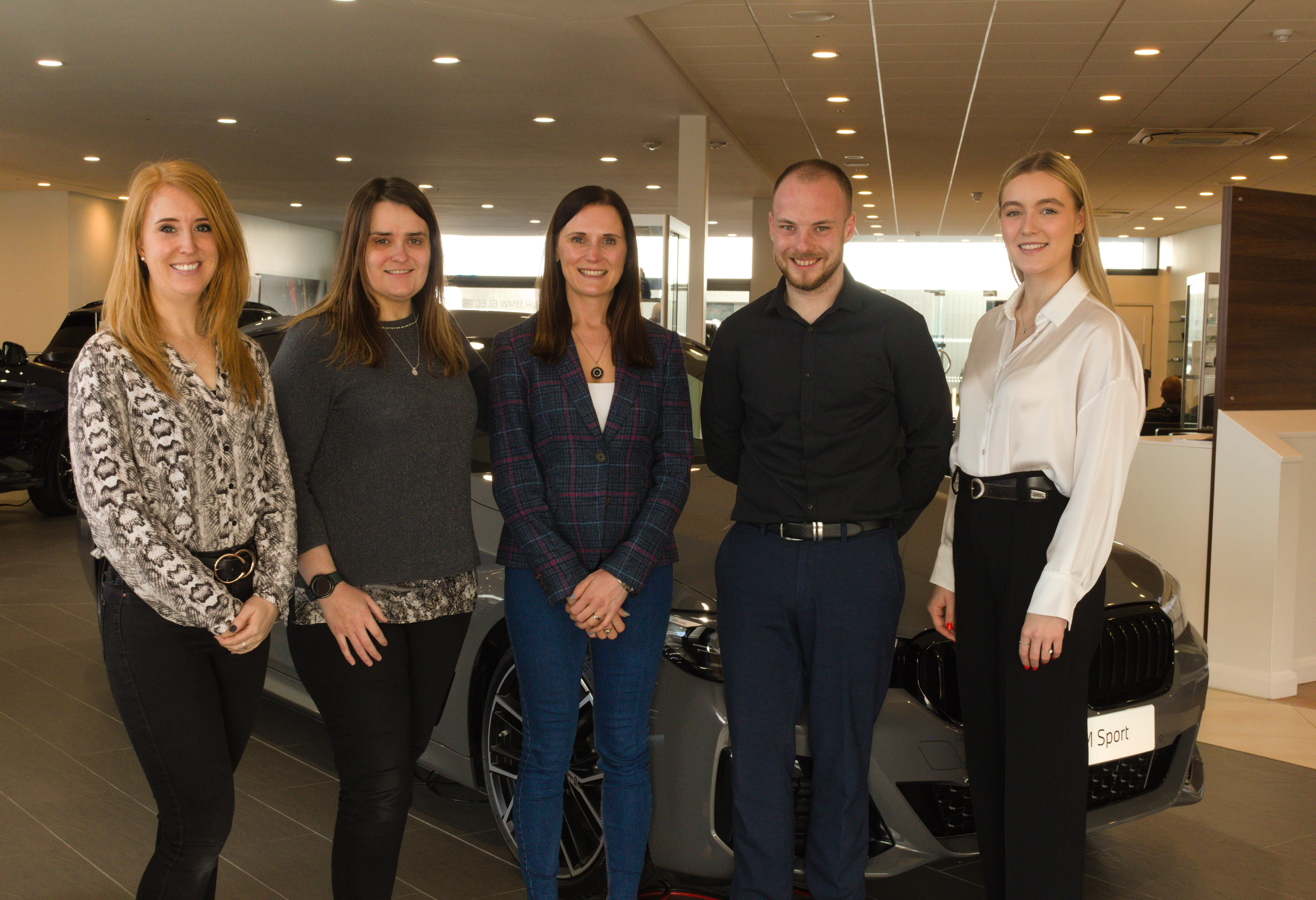 Bowker BMW has won the National Marketing Award at this year’s BMW UK Retailer of the Year Awards.

Bowker BMW has won the National Marketing Award at this year’s BMW UK Retailer of the Year Awards.

Together, the marketing team members who support the Bowker BMW Centres in Blackburn and Preston were acknowledged as the best in the country; out of more than 130 other centres.

The family-owned car retailer’s 2021 marketing strategy included a mission to showcase the very best of the Lancashire countryside. Bowker BMW’s spectacular videos and images of cars in iconic locations around Pendle, Bowland and beyond were viewed, shared and commented on thousands of times.

Group marketing manager Amy Lancaster-Hall, who leads the team, said: “As a small marketing team of five, we're super proud of our creativity, versatility and the ability to quickly adapt to the changing market challenges we all experienced in 2021.

“We've seen an increase in campaign engagement, especially when the cars have been photographed in and around our stunning local areas. It was our key strategy to share our pride in the beauty and resilience of the Red Rose County - at a time when our colleagues in tourism were bouncing back after Lockdown.

“If we could summarise our approach through this challenging and uncertain 2021 in one word, it would be ‘positivity’! Positivity at all times has been the driver and motivation in all of our campaigns and that has shone through in everything we've created.”

This year’s BMW UK Retailer of the Year event was hosted by comedian Hugh Dennis, in a virtual ceremony.

Bowker Motor Group chief executive, Paul Bowker, who accepted the award virtually, said: “There is no doubt that the competition for this award is extremely tough. To be recognised as the best in the country is a fantastic accolade for the team. Michelle Roberts, marketing director at BMW UK, was particularly complimentary in her comments regarding the efforts and achievements of the team. Congratulations to Amy, Jess, Jen, Lauren and Ben.”

Nine years ago, Amy was crowned best marketer in the UK in the same awards - announced at the BMW National Dealer Conference in Helsinki.

This award is another acolade to add to the many National and Global awards for the Bowker marketing team.