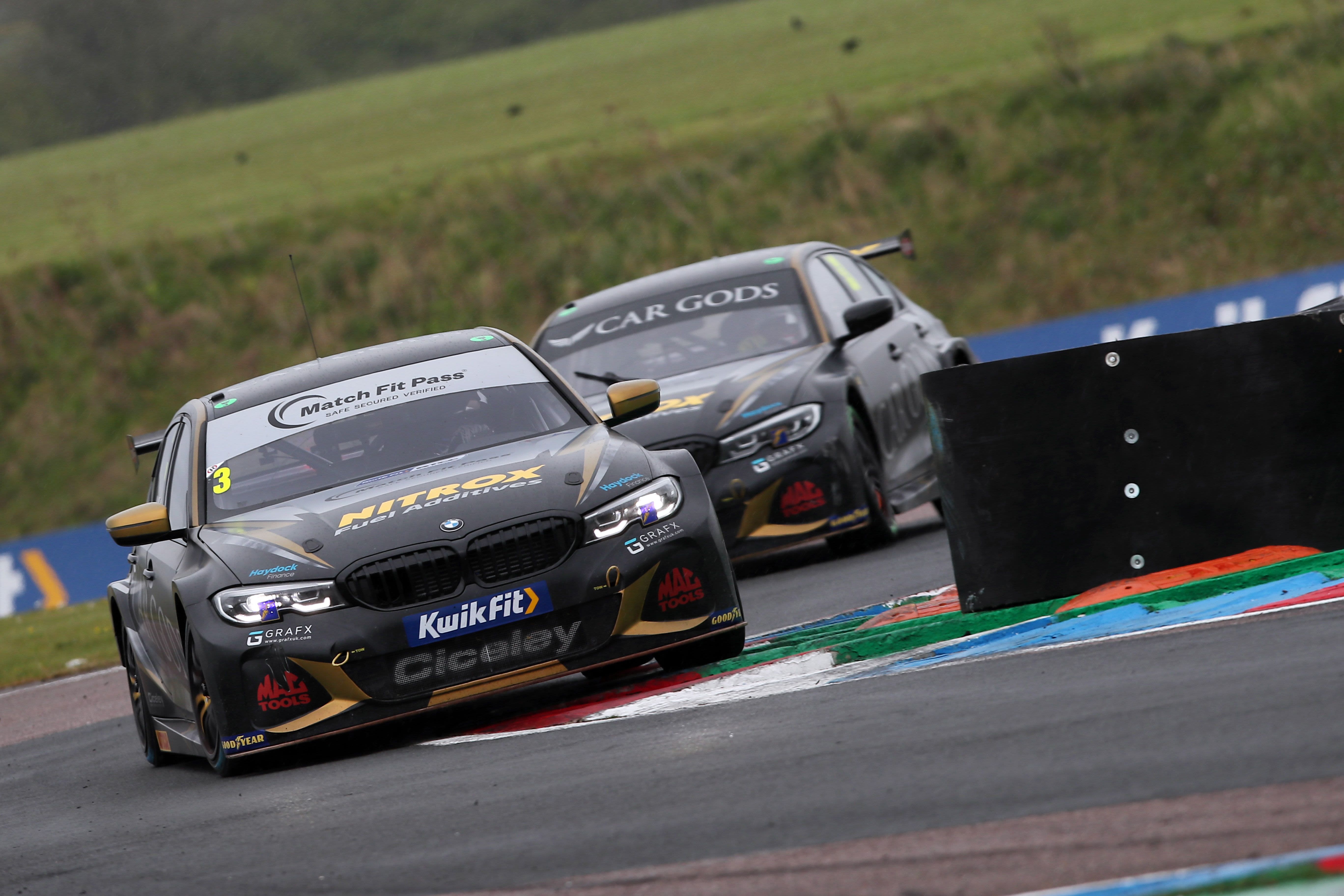 A fantastic weekend of consistent pace netted a tremendous haul of point for Car Gods with Ciceley Motorsport in the Kwik Fit British Touring Car Championship at Oulton Park.

A fantastic weekend of consistent pace netted a tremendous haul of point for Car Gods with Ciceley Motorsport in the Kwik Fit British Touring Car Championship at Oulton Park.

On home soil and in front of a massive and enthusiastic crowd, Adam Morgan and Tom Chilton worked wonders in their BMW 330i M Sports to take a brace of podium finishes and two further top 10 results.

The Bowker BMW sponsored team netted sixth in qualifying for Adam, while Tom struggled in traffic on the narrow Cheshire circuit and wound up 22nd but up for the fight come raceday. Race one was a tense affair, interrupted by a multiple accident that caused the race to be stopped and re-started. When the race resumed, Adam was eager to repeat his Oulton Park win of 2020 and chased Gordon Shedden as he tried to wriggle by for second place. Triple champion Shedden was able to preserve the place and deny. The Morganator second, but Adam was happy with his podium finish, running on the harder medium tyre which was regarded to be slightly slower than the softer tyre used by the two winning cars.

Ciceley Motorsport’s Commercial Director Norman Burgess said: “We have had a fantastic day with some great results in front of a proper crowd for the first time since 2019. Our Car Gods Engineering team and both drivers have adapted to the cars and rear wheel as opposed to front wheel drive at a quite unbelievable rate. Tom’s pace and top ten finish in race 3 has us hoping that he has found that tiny little piece of his jigsaw that was missing, he’s a class act and once he gets fully to grips with the car, we will all be a real force to reckon with. All our guests have loved being back at a BTCC event and they have been treated to plenty of drama as well! Adam drove really well all day and two podium finishes are a great reward for all the effort that the team is putting in and we just keep getting stronger. With the results we are achieving as an independent team, outscoring the works cars again, we are really buzzing.”

The results move Adam to fifth in the Kwik Fit British Touring Car Championship and Car Gods with Ciceley Motorsport to eighth in the Teams’ Championship.

The next races are at Knockhill, Fife, on August 14/15. Qualifying will be shown live on itv.com with all the raceday action live on ITV4 on Sunday August 15th.